There is no athlete, no matter how tough they are, who can outrun an injury. Whether it’s a mild muscle strain or a torn ACL, most soccer players will likely face an injury at some point in their careers. But for the unlucky ones, injuries will afflict them regularly.

These are your injury-prone athletes who for various reasons are often sidelined. The dilemma that coaches face is managing a talented player who can’t reach their potential due to frequent injuries. How can they overcome it?

Understanding the Origins of Injury-Proneness

Take, for example, an ACL tear. The wrong movement can cause any athlete to tear their ACL, but scientists have isolated a gene variant that makes some players more likely to suffer from it: the COL1A1 gene. Researchers have discovered that this gene alters the structural makeup of tissues and bones, and can lead to ACL ruptures and shoulder dislocations.

Scientists have also discovered the limiting effects of an AMPD1 gene abnormality. A particular mutation of this gene causes a deficiency in adenosine monophosphate deaminase enzyme (AMPD - try saying that fast), which can lead to muscle aches, cramps and early fatigue.

Ultimately, these examples reveal that some athletes are more likely to sustain injuries due to their DNA.

An athlete’s training prior to an injury may be the cause especially since they train to get bigger, faster and stronger but often neglect full-body conditioning. This leads to muscle imbalances, weak core stability and poor neuromuscular control.

Eventually, a player will start to use their bodies inefficiently and that can easily make them more likely to sustain an injury or aggravate existing ones.

Another overlooked factor that can make a soccer player injury-prone is the volume of play and training they engage in. It’s common now for soccer players at all levels to play in regular-season games and tournaments in addition to practice sessions. The intensive schedule of modern soccer is taxing for even the healthiest players, much less those who have a genetic predisposition to injury or lack of proper conditioning.

To address injury proneness, coaches must observe how their players perform very intently. Are they consistently getting substituted because they’re hurt? Do they have a nagging injury that has plagued them throughout the season (or for many seasons)? Have they complained about such an injury face-to-face?

If it’s apparent that a player is dealing with a chronic injury, a coach needs to consider how he or she can help them immediately. The coach may encourage that player to see a physiotherapist who can rehabilitate them. For coaches at colleges and universities, they may want to notify a physician on campus.

In some cases, a doctor may need to assess a player using X-rays, MRIs, CT scans and other diagnostic tools along with special tests (ie. concussion protocols).

And now, with direct-to-consumer testing services such as 23andMe and Fitness Genes, among others, players can actually look at their genetic data to see what injuries they might be susceptible to. With that said, the results for these tests aren’t 100% foolproof, and may need to be interpreted by a trained specialist.

As we mentioned earlier, a lack of good conditioning often leads to muscular imbalances and weakness, both of which translate to injury. Therefore, every coach should make full-body conditioning a priority. This may differ from team to team but in general, there are certain exercise routines that all coaches should consider.

One of the most effective training routines is the FIFA +11 neuromuscular conditioning program. Research has shown neuromuscular warmup drills can significantly reduce injury risks and boost performance in areas such as agility and power. 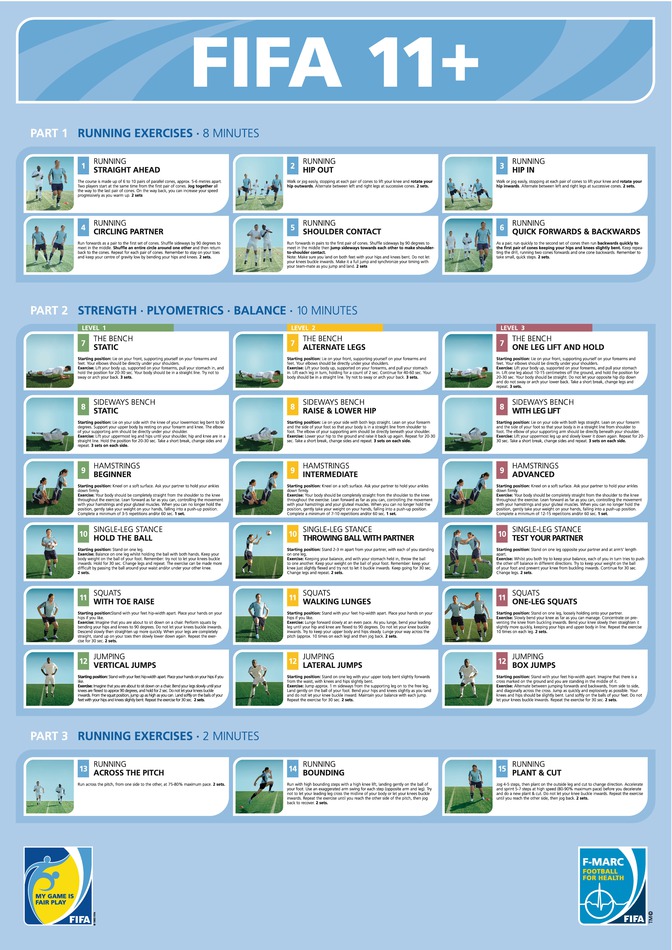 Although leg injuries are more common in soccer, head injuries are the most debilitating and life-threatening ones. Our ExoShield head guard fits the bill as it was estimated to reduce the risk of head injuries by as much as 84% by the Virginia Tech Helmet Lab. While this data is far from conclusive and more research needs to be done to solidify our understanding, protective headgear or other protective wear may be a good choice for players who want to err on the side of playing it safe.

Injury Proneness - Not a Career-Long Curse

Coaches may not be able to cure a player who’s injury-prone, but they can manage them appropriately so they remain as healthy as possible. It starts with an awareness of a player’s strengths and weaknesses and managing the load placed on them.

Additionally, coaches and team staff should pay attention to the conditioning of their players as well as the protective gear they’re using.  By putting these measures in place, coaches can keep their injury-prone players on the field and performing at their best.