Jesse Lingard is solid proof that hard works pays off. His mentality and patience has enabled him to climb to the top. Every time he was told he was too small, he'd hit back harder. A confident mindset that sits naturally with the Storelli brand, so it was no surprise to see the two link up.

“Jesse Lingard is going to be some player. He is 19, came through our youth system and is built like Jean Tigana was for France. He'll become a player when he’s 22 or so. As an attacking midfielder he has got a really good talent."

Those were the words of Sir Alex Ferguson in 2012. Lingard knew he had to be patient, knew that he had to keep working hard, and he's done exactly that, as he discusses with Storelli upon signing with the brand... 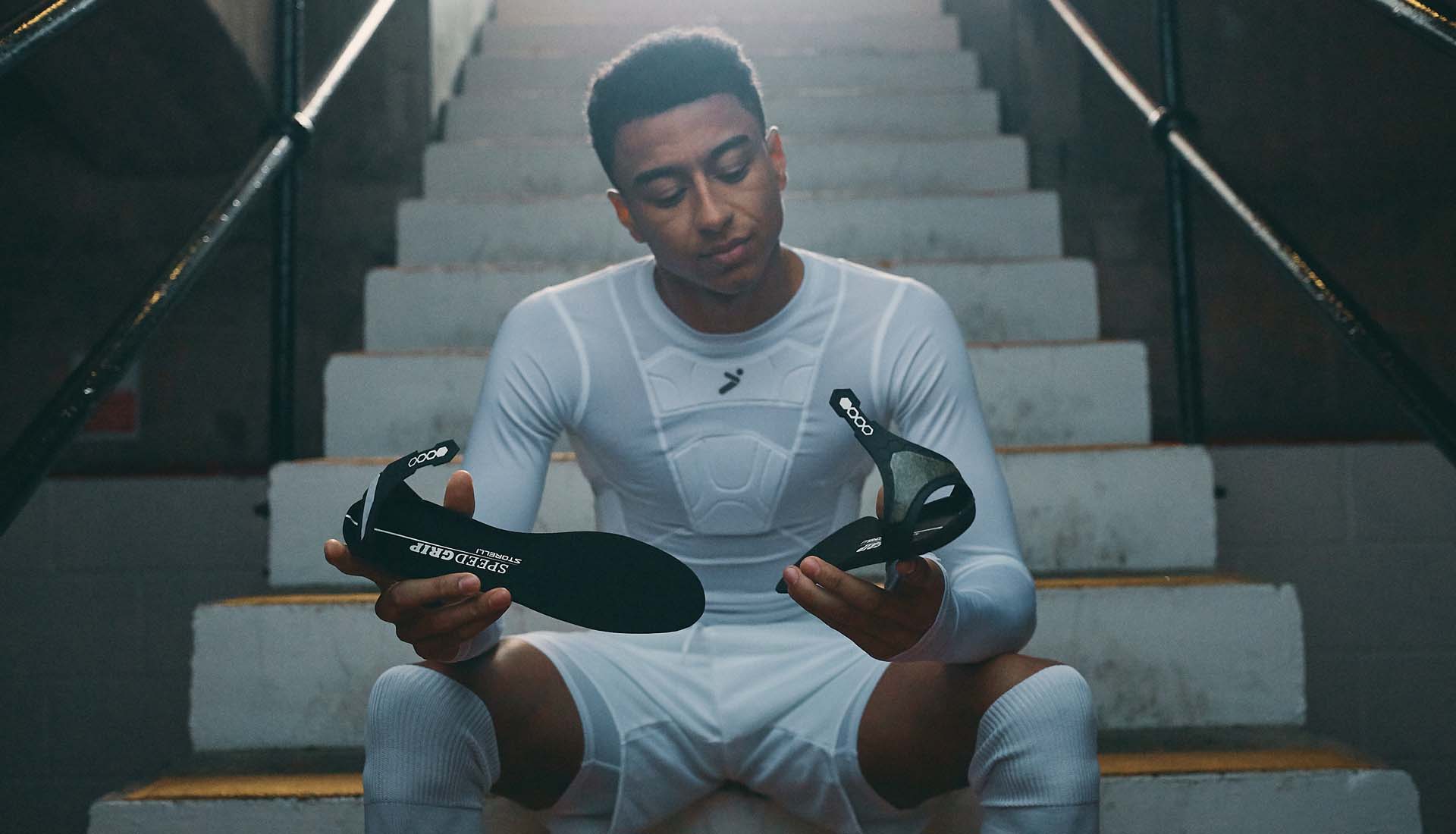 Jesse, what are the 3 pieces of advice that you’d give to a young player?

Firstly, work hard. You’re starting out at the bottom and you've got quite a way before you get to the top. You’re gonna have downfalls, setbacks, but you've gotta pick yourself up and have the right mentality to move forward again.

Secondly, patience. Patience is a big one. Always take your time and listen to others. There are people who are there for you and have helped pave the way for you. You just have be patient and trust the process.

Lastly, dream big. When you start so young, it’s always hard to have in your mind that you’re gonna play football, but as long as you dream big, you’ll get where you want to be.

Given your energy, your personality, and the way you express yourself, what do your on-field antics say about you as a player and what you bring to Manchester United?

You've got a lot of celebrations in your locker, do you plan them in advance?

I don’t really plan ahead. For me, it’s about what kind a game it is. You might be 2 or 3 up, so you can express yourself or enjoy yourself a bit more. But, some games, you’re coming back from behind, or have just a one goal lead, so it really depends on the kind of game it is as well as the overall feeling around the pitch. 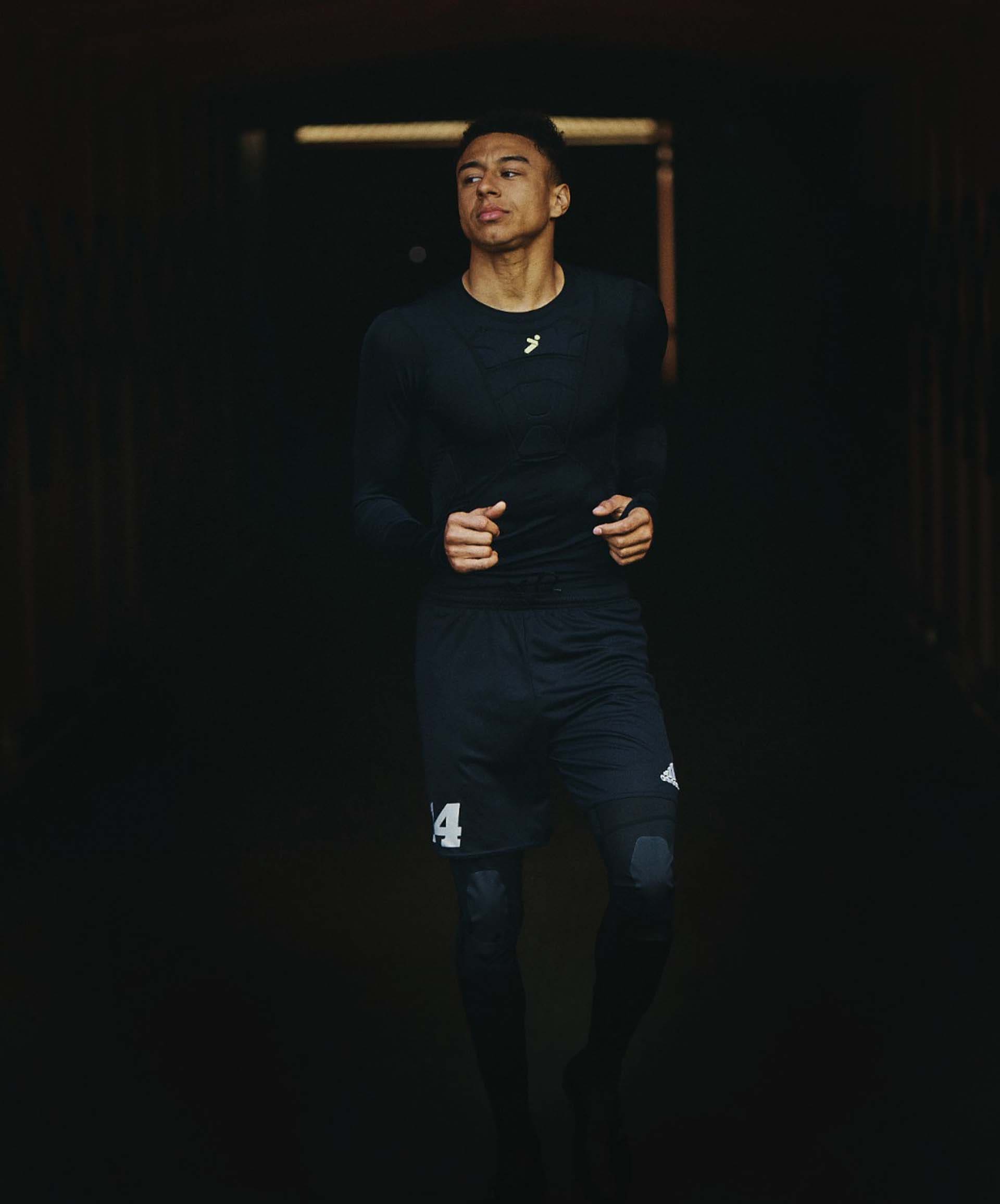 What's the craziest, most unexpected performance of your career, where you felt like you beat the odds that were against you?

I think the Arsenal game away was kind of a turning point in my career. A lot of people didn’t think I was gonna start against them, and to score two goals and win the match, kind of put my foot down and set a marker on.

Tell us about the biggest defender you’ve ever played against and how you overcame him?

There was this huge defender for Millwall while I was on loan at Derby. That league is physical so, for a player like me, I had to think smart and be quick, play one or two touch so the player couldn’t get near me. The first few tackles, you handle it, and then you get used to it, and you realize, you have to be quicker and smarter than him.

As one of the lightest players out there, how do you use your lightness to your advantage?

I think it can make you fast. I tend to use my speed a lot and I feel very agile on the pitch. But you know, it’s a team game and everyone has different character traits so, everyone can take their own skills onto the pitch and put them together.

It takes a long time to break into the starting lineup. What has been key to working your way up?

I think, especially recently, it has been consistency. The manager likes consistency so I think to be consistent and perform above and beyond what you can do is great for the club and great for your self-confidence. 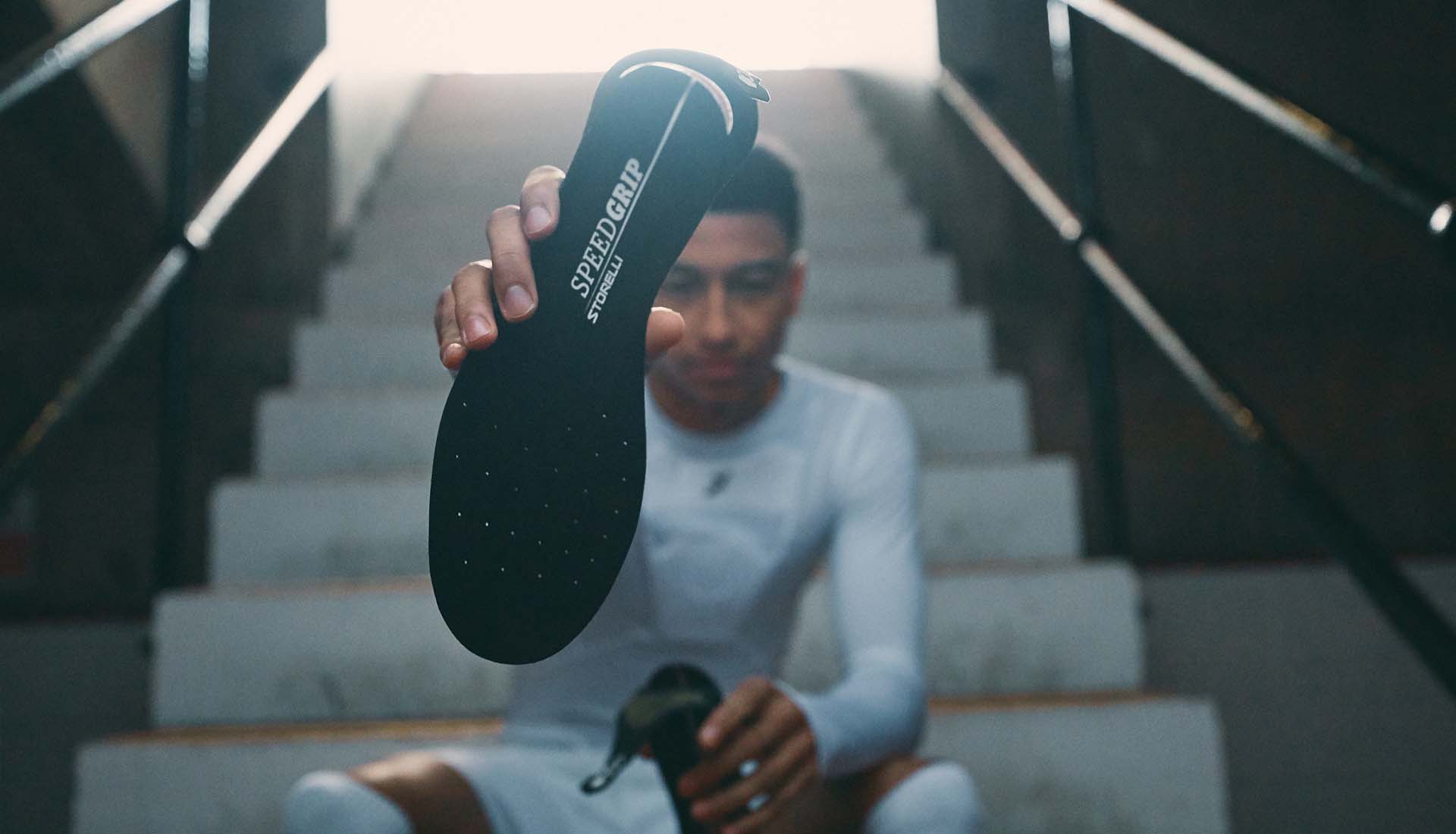 All players face ups and downs, so how do you keep your cool and stay motivated to bounce back when you need to?

I think for me, you know playing for a club like Man Utd, they're always motivation to succeed. You should always be motivated to win trophies and Man Utd have done that in history so for me, it’s about mindset, and having a strong mentality to overcome the odds and to bounce back when things aren’t going so well.

There’s always going to be people who are there to try and take you down, so how do you deal with those kind of haters throughout the season?

I don’t think you should listen to them too much or try to read into too much like that. I think you have to concentrate on your own job and what you and your team need to do. You know, there’s always gonna be people with different opinions. That’s life. I think you just get on with it and show people what you can do on the pitch.

You’re obviously just getting familiar with the Storelli brand but, what would you say is a reason or two why you’re proud to represent Storelli to millions of players out there?

I think Storelli can help in a massive way. For me, it’s about comfort and how you feel. Storelli makes me comfortable because it can protect me when there’s rough tackles. So, it’s a great option to have. I hope many footballers will follow my footsteps and start wearing it. 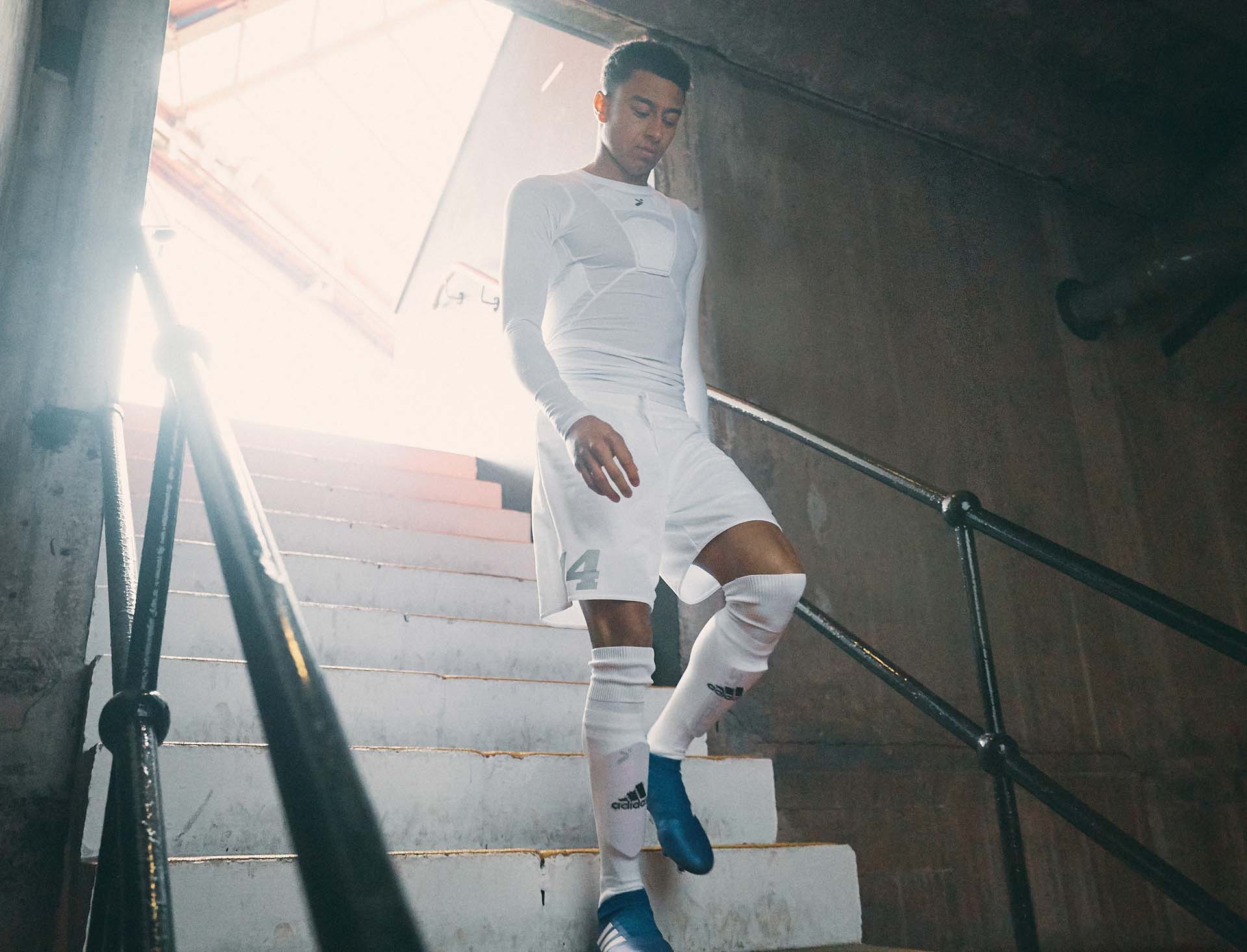 What would you say is your favorite Storelli product and why?

Like I mentioned earlier, for me it’s about comfort and I think the Bodyshield top helps. It can play with your mind a bit and make you feel like you’re stronger and have got superpowers, like you are superman or something.

Tell us about an avoidable injury had you been teamed up with Storelli protection...

Just by the nature of the way the game is played, there are a lot of injuries especially in the lower leg. So, to be wearing Storelli’s protection, especially when those tackles are coming in, you would’ve been less likely to have gotten injured had you had on Storelli gear. It’s all about keeping safe and protecting yourself at all times.

Finally, what’s your take on what Storelli are doing with the insoles and the potential benefit there?

I think traction is very important – especially for a player like me who’s agile, always on the move and making sharp movements. So, to have insoles that focus on the importance of traction is helpful. As long as my foot is comfortable in the boot and sticks to the boot, then, you know, I’ll play a wonderful game. Hopefully! 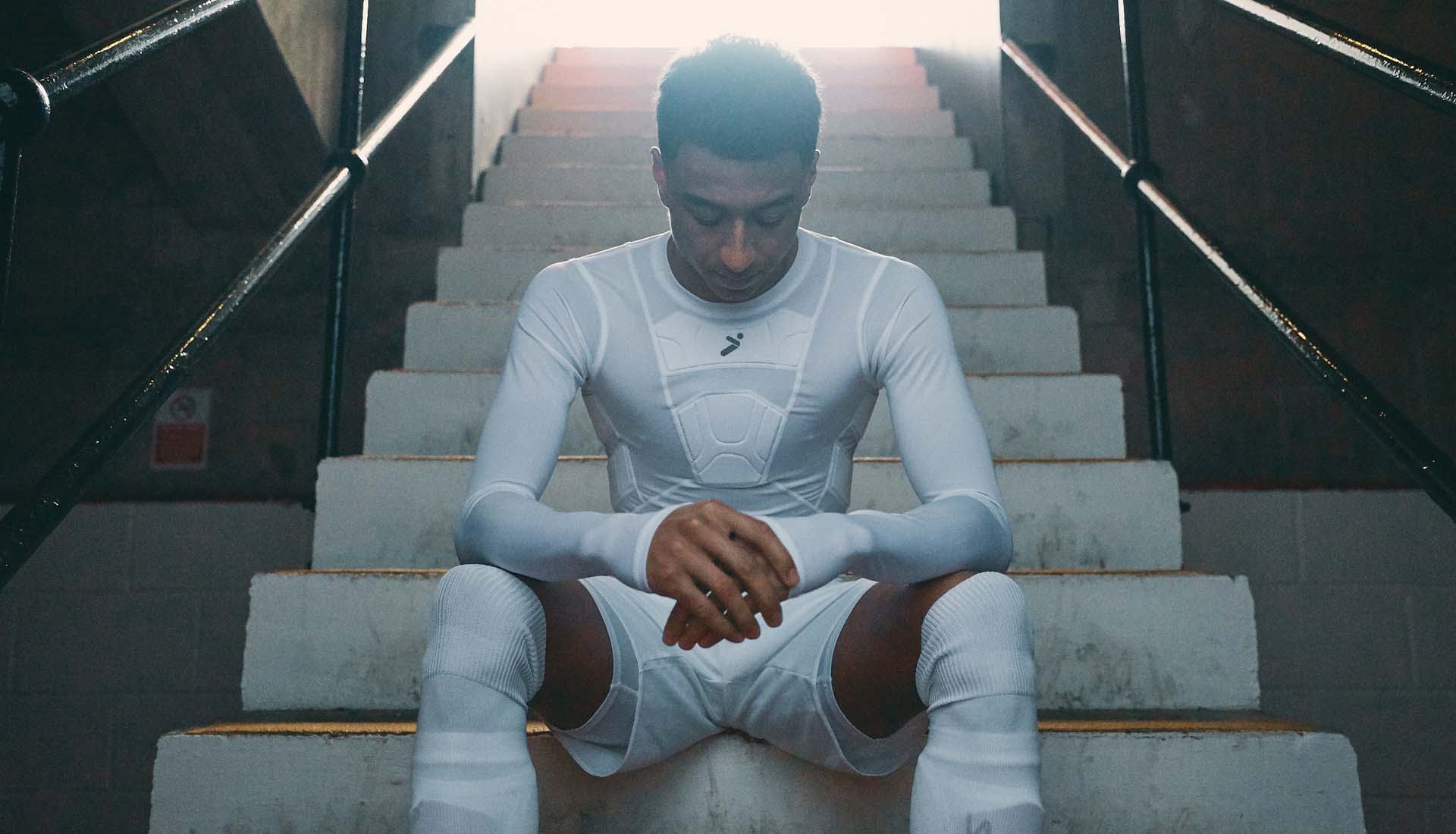